On 11 March 2011 at 05:46 UTC, one of the strongest earthquakes ever recorded in instrumental times occurred off the east coast of Northern Japan. The Tohoku-Kanto earthquake reached a moment magnitude of Mw 9.0 and caused severe ground shaking over wide areas and a giant tsunami, devastating the northeastern coastal areas of Japan, even several kilometers inland. As if the terrible loss of life and unbearable suffering caused by these events would not already have been tragic enough, the severe damage caused to the nuclear reactors in Fukushima and several other nuclear facilities led a state of nuclear emergency and as yet still unforeseeable consequences that are beyond words. As a result of this devastating catastrophe, earthquakes and their consequences are once again in the focus of the worldwide public interest, which had already been considerably triggered by the severe Mw 6.3 earthquake in Christchurch, New Zealand, which occurred on 21 February 2011.

A vivid discussion has now arisen over all Central Europe regarding the lessons we can learn from these tragic events. During the public conference, Dr. Adrien Oth from the European Center for Geodynamics and Seismology (ECGS) in Walferdange will report on the current scientific understanding of these recent earthquakes and discuss the question what lessons can be learned in particular for Central Europe.

The conference will be held on Thursday, 24 March 2011 at 18:30 in the conference hall of the natur musée in Luxembourg City, and is organized by the European Center for Geodynamics and Seismology (ECGS) in collaboration with the National Museum for Natural History. 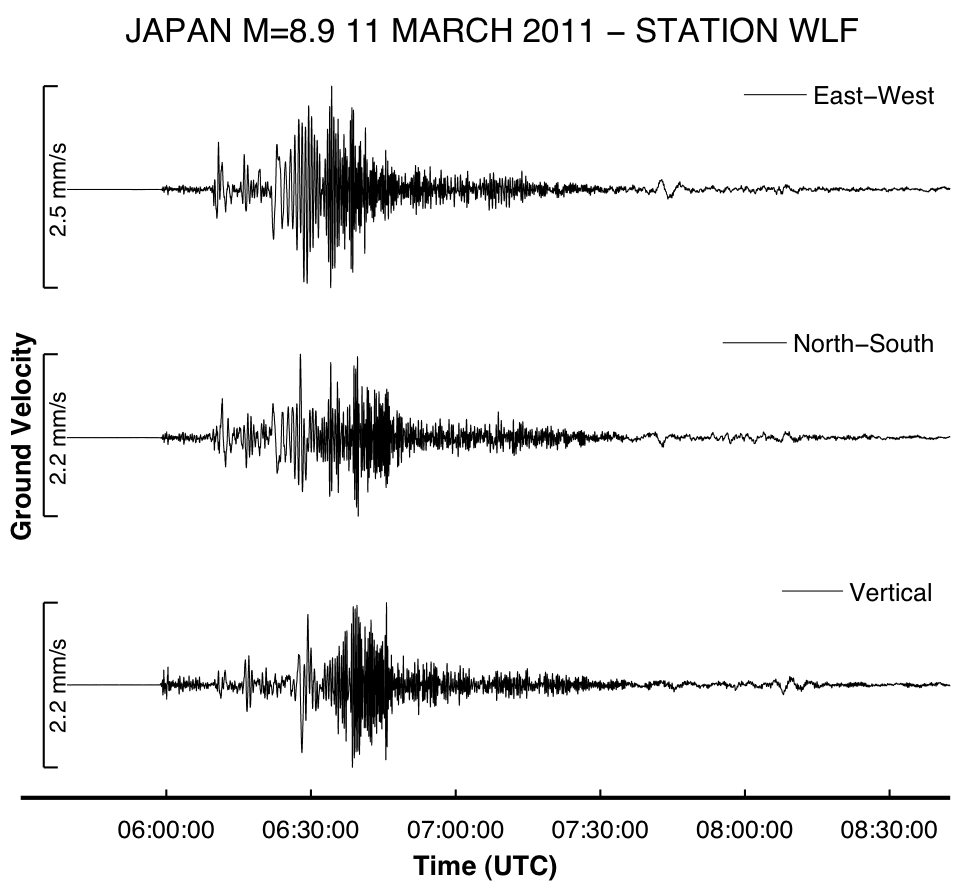 Japan earthquake of March 11, 2011 recorded in the Walferdange Underground Laboratory for Geodynamics

More infos of the Tohuko-Kanto earthquake can be found here: 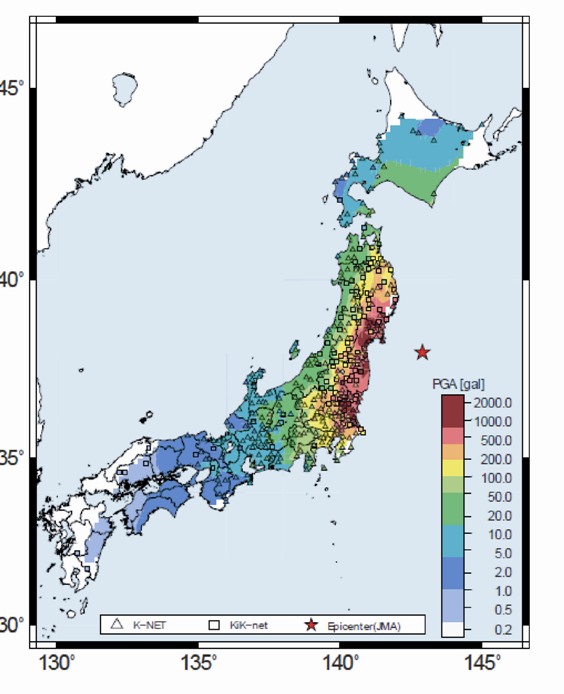 Peak ground acceleration recorded by the japanese network (NIED). Along the coast, horizontal maximum accelerations have been recorded (in red) with values above 2g. A maximum of 2.7g was recorded at station MYGO4. See this link for entire report